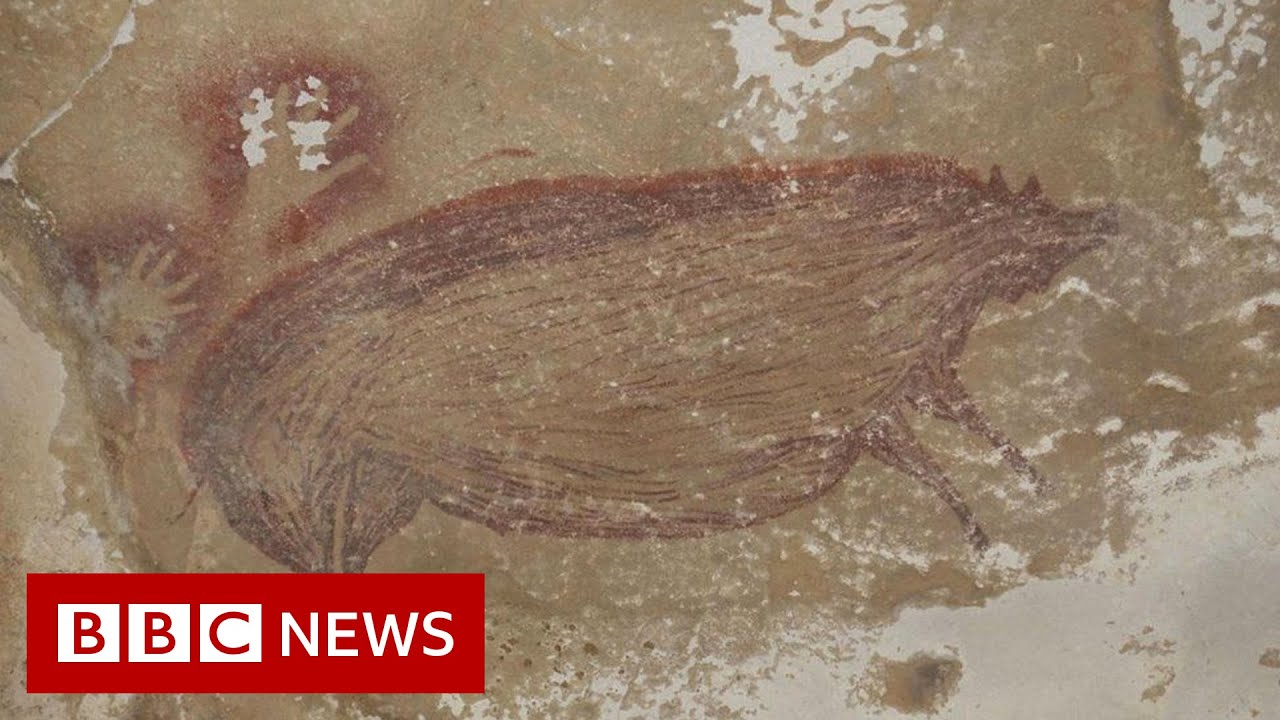 Archaeologists have discovered what is understood to be the world’s oldest animal cave painting in Indonesia.

A panel showing wild pigs, believed to have been made 45,500 years ago, was found in a cave in a remote valley on the island of Sulawesi.

Previously, rock art found in European sites were considered to be the world’s oldest narrative artworks.

BBC Indonesia was given rare access to film inside the cave.